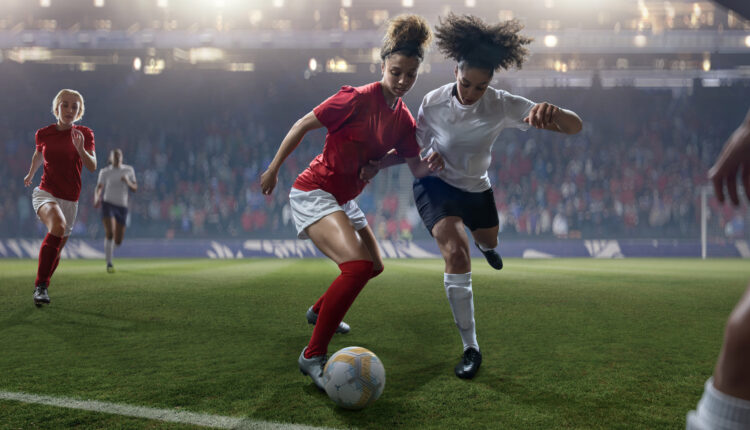 Playing contact sports comes with an increased risk of injury. This is especially true in football where some 300,00 concussions occur in players each year. About half go undetected or unreported.

Given the injury’s prominence, concussion in football has become a topic of debate in recent years. There’s also a lot of misinformation circulating about concussions amongst football players. Learn more about how this injury affects the brain.

What is a concussion?

A concussion occurs when an impact causes the brain to strike the skull. It’s considered a mild traumatic brain injury. A direct hit to the head or a front-to-back or side-to-side motion can be forceful enough to cause the injury. This jarring of the brain can result in bruising, inflammation and stretched nerve tissues. These injuries cause concussion symptoms, including:

Unlike a broken bone, there’s no definitive way to diagnose a concussion in football players. Symptoms will vary from person to person and some symptoms may not appear for several hours or days. Football players can self-diagnose their symptoms or a team-mate or trainer may notice their symptoms. Additionally, these sideline protocols are used to evaluate players following an observed head injury.

SCAT tests are standardised assessments used to evaluate athletes for concussions. A physician or healthcare professional must administer the test. There is a version for athletes 13 years and older as well as one for children.

The Balance Error Scoring System Test indicates a concussion has occurred since difficulty balancing is a sign the basal ganglia in the brain aren’t functioning correctly.

Eye-tracking devices can identify vision abnormalities that result from concussions. Some models require a baseline test result while others can diagnose possible concussion without a baseline in place.

FAQs about Concussion in Football

Can a concussion occur if a player doesn’t lose consciousness?

Yes, concussions can occur in players who maintain consciousness. Research shows only 10 percent of people who have concussions are knocked out.

Concussion symptoms may not be evident immediately, In fact, it could take several days for symptoms to appear.

Can concussions occur if a player doesn’t receive a blow to the head?

Football-related concussions often result from helmet-to-helmet contact. But any kind of jarring impact that causes the brain to hit the skull can cause a concussion. In a highly athletic sport like football where players use their bodies in extreme ways, concussions can occur even if a player is never touched by another player or the ground.

While helmets can lessen the risk of concussions, the safety device is designed to prevent a traumatic brain injury like a skull fracture. A significant impact can cause the brain to strike the skull, even if the player is wearing a helmet. Learn more about football helmet misconceptions in this interview.

Can players get repeated concussions?

Concussions are a serious concern amongst football players. Multiple concussions have been linked to chronic traumatic encephalopathy, dementia pugilistic and other conditions that affect the brain. It’s vital to protect football players from repeated concussions to ensure their health and long-term quality of life.

Things that need to be known about walking in…

The best acne treatment for your skin type

Protein Supplements – Who Should Use…

Is it time to join an exclusive fitness gym?